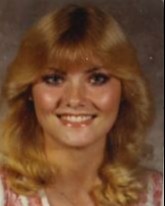 Marlene Kay Weed (Christensen), age 62, was born July 29, 1960 at the Kimball County Hospital in Kimball, Nebraska to Lloyd and Gwen Christensen. She lived in the Bushnell area and attended Bushnell High School where she graduated as class Valedictorian in 1978.

She was married to Ray Eugene Weed on June 19, 1981 at the Greenwood Ranch near Dalton, Nebraska. Marlene and Ray were married for 41 years and lived in Goodyear, Arizona where Marlene was treated at the Cancer Treatment Center of America. She passed away at home and went to be with her Lord and Savior Jesus Christ on September 18, 2022.

Marlene was a gifted artist and floral designer. She loved her Shelties, being a mother and foster parent, and was a devoted friend of Jesus, serving as a Sunday school teacher and Gideon Auxiliary member for many years.

Marlene is survived by her husband and two grown children, Christian Weed (wife Sara, daughter Eleanor) of Flagstaff, Arizona, and Angelica Weed (son Nikia) of Goodyear, Arizona;  her two brothers, Norman (wife Shelly) of Kimball, Nebraska, and Mike of Nashville, Tennessee. She was preceded in death by her parents, grandparents, and her younger brother, Jason. Her Celebration of Life Ceremony will be held on October 15, 2022 at 11:00 AM at Calvary Chapel Cheyenne, Wyoming with Graveside Services at 4:00 PM at the Bushnell Cemetery. Memorials can be made to the Gideons International for placing Bibles, to Calvary Chapel of Cheyenne, Wyoming, or to the United Methodist Church of Bushnell, Nebraska where Marlene and son, Christian, were baptized.