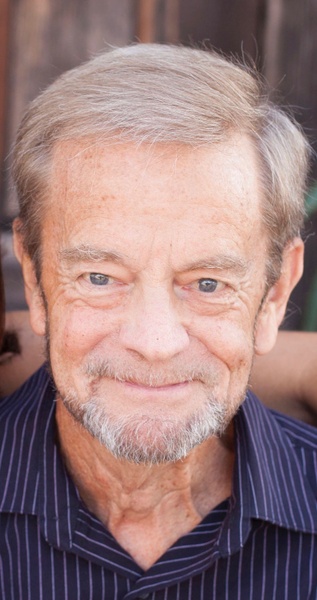 Joseph Armfield, 75, of Carlsbad, CA, formerly of Cumberland and Lincoln, RI, passed away on Friday, August 7th, 2020 after a five year battle with congestive heart failure.

Joseph, also known as Joe or Skip, was born on May 21st, 1945 in Pawtucket, RI. He graduated from Johnson & Wales University. He was an accountant with St. Joseph's Hospital, as well as a General Contractor for years. Many in RI have renovated kitchens, basements or porches, thanks to Joe's talented craft. He put his carpentry passion on hold, and devoted his love & tireless dedication to his daughter Michelle, who inspired him to be a vocal supporter for those with disabilities. He was a dedicated advocate for her education, and built many different adaptive options for Michelle, including her own sled. He founded & ran the Challenger baseball Little League program in Lincoln. He also spent years coaching his kids in Lincoln Little League, where he served as the treasurer, as well as coaching for Lincoln-Cumberland softball league.

Joe lived in Carlsbad, CA with his children and grandchildren for the last 3 years. Prior to that, he spent most of his life in Rhode Island, where he raised his three children that meant the world to him. Skip was a die hard Yankees fan amongst a sea of Red Sox fans, and he loved to give them S#!T over the years. He enjoyed golf, playing pool, watching baseball, Dunkin Donuts, and spending time thinking of stories to tell as only he could - with that twinkle in his eye, leaving you wondering how he was trying to get a rise out of you. His quick wit and sense of lighthearted humor will be greatly missed.

Gramps' passion for life & family and treasuring the little things shone through when telling jokes with his grandson, Jake, or creating make believe stories, in made up voices, with his granddaughter Magen. Family, friends and neighbors knew him, as the kindest, most loving father, with a kind heart and great passion for finding a way to make those around him laugh or smile. His simple lessons on life taught us all how to cherish each moment together.

Joseph is survived by his son Eric Armfield, daughter Jennifer & son in law Jeff Reichuber, and his two grandchildren, Magen and Jake. He is predeceased by daughter Michelle, and the mother of his children Evelyn.

Joseph is predeceased by his sister Patricia, and leaves behind his cousins Dick and Bob Benabio. He was the proud uncle & great uncle to many nieces and nephews, family meant the world to him.

In lieu of flowers, please choose a donation in Joseph's honor to the United Mitochondrial Disease Foundation, umdf.org, in memory of his daughter Michelle Armfield.

Due to the current circumstances, a memorial celebration of life will be held at a later time.
To order memorial trees in memory of Joseph Armfield, please visit our tree store.