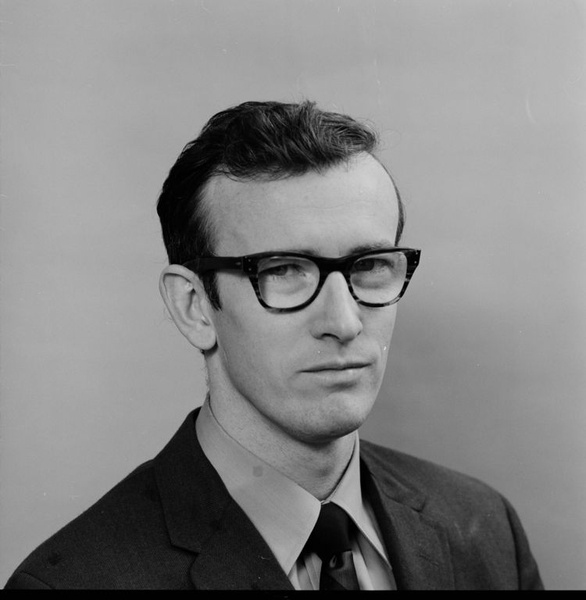 The problem with writing a memorial for John Louis Conlisk, is that he would have written a better one with considerably more humor.


Born on September 24, 1939, John Conlisk grew up in Park Ridge, IL the second of three children to Anna Clare (née Duggan) and Louis Moore Conlisk. Louis died unexpectedly when John was 10 and college-educated Anna Clare Conlisk supported her two sons and daughter working in a Chicago osteopath's office. John was the first person in his family to buy a car and never forgot the joy, freedom, and adventure offered by "going for a spin" (that is, as long as he was driving).


After gaining wisdom and stoicism through a Catholic school upbringing, John earned a B.A. in Economics from Northwestern in 1961. Solving applied mathematical puzzles seemed like an attractive way to make a living and so John earned a PhD from Stanford. While there, John was simultaneously introduced to Elizabeth Honzik and folk dancing. Only the former passion continued beyond his Stanford days.


Elizabeth and John were married in 1965 and had two children, Michael and Erin. Erin had two children, Fiona and Orion. John was a devoted husband, father, and grandfather. John and Liz were the original owners of their San Diego home, lowering property values with their yard art for 51 years. In that home, John built Mike a sound-proof music room to play music John didn't care for way too loudly. He built Erin multiple outdoor forts to encourage her love of nature and camping, an activity he could do without. He built fences to corral his young grandchildren when they really should be napping. While John spent countless hours pursuing the activities his loved ones loved, he also convinced them to enjoy things he enjoyed. His daughter looks forward to linear algebra and dark-eyed juncos, his son appreciates long walks and old movies, and his grandchildren love donuts and milkshakes without restraint.


In his work life, John was a successful Professor of Economics at UCSD. He mentored students, collaborated with great colleagues, wrote papers, won grants, and, importantly, kept the university staff happy living up to his motto "don't make work for other people." He also kept his co-workers happy playing soccer badly. It is unclear how many pairs of glasses were broken on the soccer field but rarely were John's glasses not taped together at the nose bridge. To use the parlance of today - which John would never have done - he brought his whole self to work.


Finally, he was a kind man. While it is not exactly clear what she meant, John's mother dubbed him the "patron saint of lost causes." He held the hand of a woman having a seizure in a grocery store. Driving his daughter to a sports tournament early one morning, he stopped to pull a woman from a burning vehicle. His daughter got in trouble for being late but it was a small price to pay for having a heroic father.


John passed away peacefully at home on October 22, 2021, surrounded by his family. He will be sorely missed by his wife, son and son's wife Noriko, daughter and daughter's partner Matt, and beloved grandchildren. Memories of him will be meticulously curated - as John would have done - by the many people who loved him.

A memorial for John will be held on December 12th at UCSD.
To order memorial trees in memory of John Louis Conlisk, please visit our tree store.