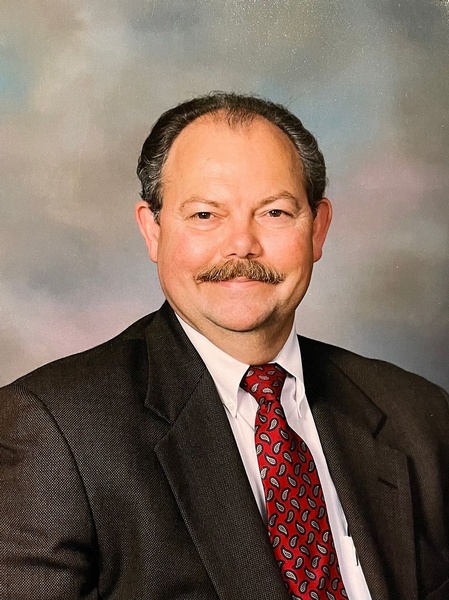 Francis "Frank" Charles Gless, beloved father and grandfather, long-time San Diegan, Son of the Great Plains, U.S. Navy Veteran, and friend to all, passed away peacefully with family by his side at Scripps Memorial Hospital La Jolla on May 25, 2021. Frank suffered a stroke while at home on May 8, 2021, but was unable to overcome this last battle. He was 76.

Frank was born on December 9, 1944, in Columbus, Nebraska and raised in nearby Schuyler, a small Midwestern town heavily influenced by German and Bohemian (Czech) immigration to the United States in the mid-to-late 19th Century. The eldest of five children, Frank was born to Frank Andrew Gless and Vivian Herbrich Gless, owner-operators of a clock, watch, and jewelry store in downtown Schuyler.

Frank attended primary and secondary schools in Schuyler, graduating from Schuyler High School in 1963, where his proclivity for music broadened his experience and provided many meritorious awards. Frank attended the University of Nebraska, even joining the renown Cornhusker Marching Band, but left in the middle of his sophomore year and joined the U.S. Navy in 1966. The Navy took him from the Great Plains to the jewel of the America's West Coast: San Diego.

While in the Navy during the Viet Nam War, Frank served on the Fletcher-class destroyer USS Boyd before arriving in Vietnam in August 1968. Frank utilized his talents and U.S. Navy training in San Diego to rise to Lead Petty Officer of a Swift Boat crew (PCF 65) assigned to Coastal Division 15 at Qui Nhon and later (PCF 5) in An Thoi. Frank served his country with distinction and was honorably discharged in 1970.

Once his commitment to the Navy was complete, Frank returned to San Diego and began an over-forty-year career in the health care financial management arena. He continued his education with part-time classes at San Diego City College while working as a Medicare claims examiner for Blue Shield of California. He continued with Blue Shield and became a Professional Relations Field Representative, which sent him to San Francisco. While in the Bay Area, he resumed his education, earning a Bachelor of Science degree in Management from Golden Gate University in 1977. Frank would return to San Diego, become Director of Patient Financial Services for Sharp Hospital, using his talents for managing people and professionalism in customer relations, before transitioning his career toward healthcare consulting for regional and Fortune 500 corporations. Toward the end of his career, Frank's formidable financial healthcare experience put him in a position to conduct forensic audits for support in litigation of billing fraud claims across the Western United States.

Frank's career took him from San Diego to the Bay Area, the Sacramento foothills, and even back to the Midwestern life for a few years in Michigan. He returned to California by way of Fresno before settling into retirement in "America's Finest City." As his children can attest, each of these moves were motivated by Frank's endearing and enduring commitment to provide a better life for his family. Frank earned his reputation for professionalism, kind-heartedness, and a sense of humor that could uplift those around him and carry him through life's trials.

During his retirement, Frank was actively involved with his local VFW Post 5985 – Pacific Beach, and until recently, he volunteered his time as their Quartermaster (Chief Financial Officer) and Veteran Service Officer. Frank invested his time helping veterans and veterans' families with VA benefits, claims, and unmet needs. In his spare time, Frank enjoyed naps (as he had throughout his life), spending time with his family and his grandson in particular, playing Fantasy Football with his children, rooting for the Padres, playing chess with people around the world, sneaking treats to Doug (the Pug), tinkering with new technology and gadgets, and soaking in the views of the Pacific Ocean that had so long been part of his life.

Frank will be interred at Miramar National Cemetery on July 20, 2021, at 2:30 PM. Any and all of his family and friends are invited and welcome to attend.

"When I die, remember that what you knew of me is with you always. What is buried is only the shell of what was. Do not regret the shell, but remember the man. Remember the father."
~ Louis L'Amour
To order memorial trees in memory of Francis Charles Gless, please visit our tree store.